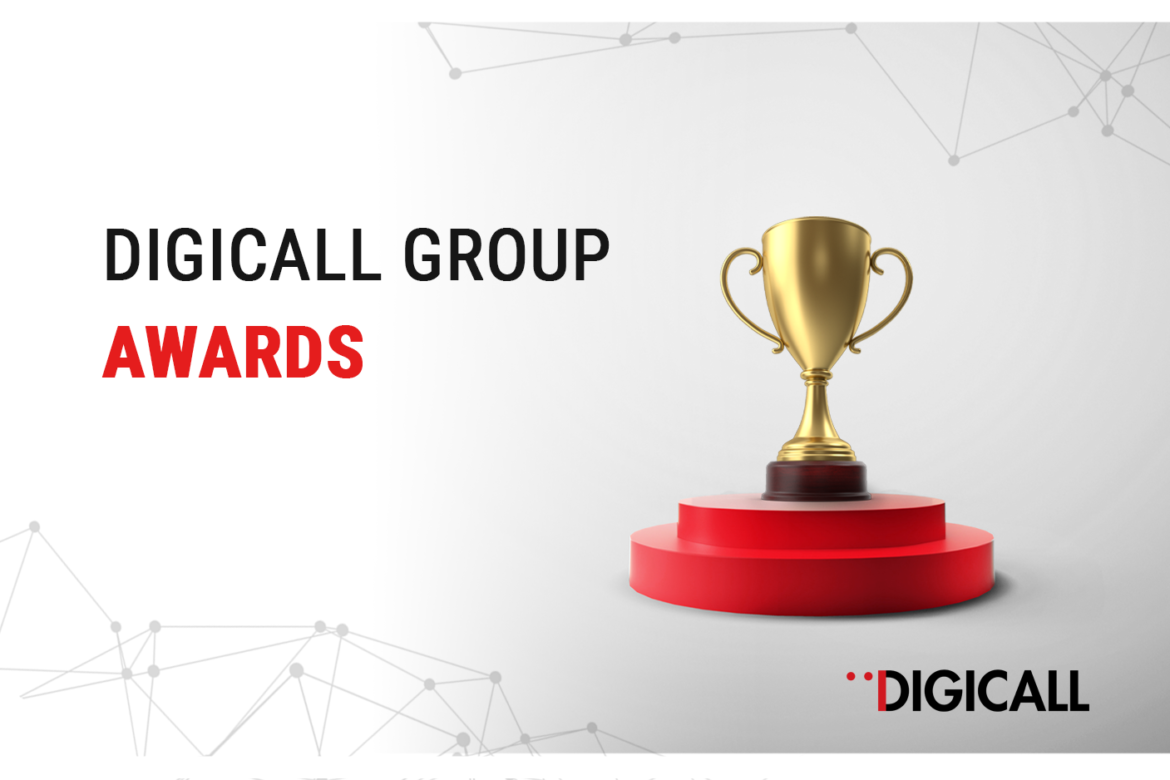 The Digicall Group is fast approaching it’s 18th birthday, and will be celebrating the fact that they have grown to include 22 companies over three continents and with over 4,000 employees.

Despite a challenging year, Digicall and its partners have managed  to overcome the ongoing Covid pandemic to find success in a variety of industries and demonstrated growth beyond expectations.

“We believe it is due to our resilience, our agile approach and the team spirit of our people, that we manage to secure continued success.

Last week, our best staff members and projects were acknowledged at our Digicall Group Awards in true Digicall style.

The success of Digicall Assessing Solutions was also recognised, being handed the Locomotive award as the most consistent business unit of the year.

Making an early impact after its launch, Digicall Next received the Rookie accolade as the best newcomer business unit of the year

Also showing significant progress in 2021, iSmart was named as the most improved business unit of the year, receiving the Bomb Squad award.

Meanwhile, after taking some big steps forward for our group of companies, Digicall Group IT was acknowledged with the Wizzard accolade as the innovator of the year.