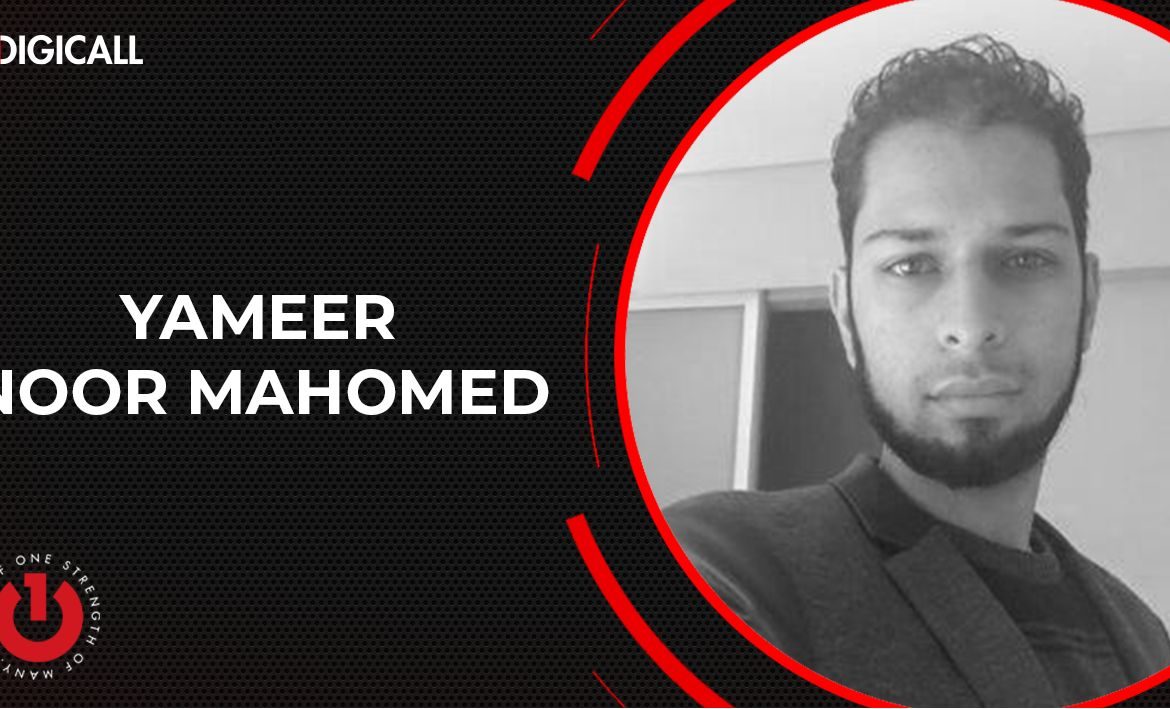 Making A Positive Impact: Yameer Mahomed Is More Than Just A Manager

His official title is Human Resources Manager, but for Yameer Noor Mahomed, his role in the Digicall Group runs much deeper.

When he started his career 10 years ago in human resources and statutory requirements, Yameer wanted to make a difference, and he carries that sense of purpose with him to this day in his current leadership role.

“When I started my career I wanted to make a positive impact on the lives and well-being of the daily worker,” he says.

“I’m passionate about hiring, training and retaining individuals who are determined to succeed and reach higher standards within themselves.”

Having joined the Digicall Group in January this year, Yameer has done well to lead the Human Resources department through a challenging period, which has revolved around the ‘fourth industrial revolution’ and its influence on Covid protocols.

“We are very fortunate to have found not only a seasoned HR professional, but also a person with such a strong sense of pride in his work and values that so naturally aligns with the Digicall values, to lead our HR team,” says Debbie Victor, Chief HR Officer of the Digicall Group.

“With him at the helm we know the strategic focus on people is in good hands.”

Yameer’s vision for his department is to promote unity in a team environment.

“I want us to offer a competitive advantage through the power of one,” he says.

When he’s not at home, spending time with this wife and two “busy” kids, Yameer is playing a key role in ensuring the Digicall Group continues to expand and progress.

By leading from the front, he hopes to ensure his department will continue to thrive.

“I try lead by example because leadership is about people,” he says.