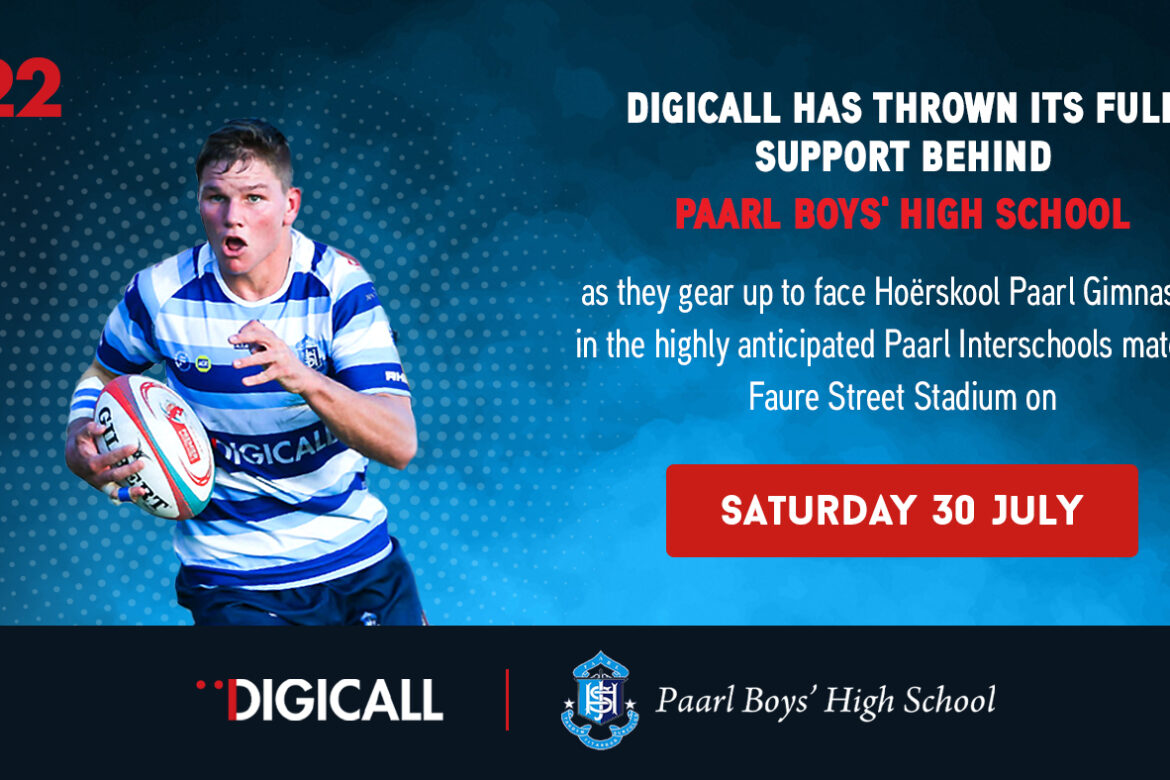 With one of the most historic rivalries in South African schools rugby being renewed this month, Digicall has thrown its full support behind Paarl Boys’ High School as they gear up to face Hoërskool Paarl Gimnasium in the highly anticipated Paarl Interschools match at Faure Street Stadium on Saturday, 30 July.

First played in 1915, when Paarl Boys’ High earned a 10-0 victory over Paarl Gim, the Paarl Interschools has become one of the most prestigious clashes in schoolboy rugby.

Though both teams have remained competitive throughout the 106-year history of the annual fixture, Paarl Boys’ High held a grip on the game before Paarl Gim hit back in 2019.

Having won the match four times in a row between 2015 and 2018, Paarl Boys’ High were narrowly edged 18-17 by Paarl Gim in the last edition of the derby battle.

Returning to action after the match was cancelled in 2020 and 2021 due to Covid regulations, Paarl Boys’ High will now be eager to reclaim their recent dominance.

The last six matches, however, have been achieved with a winning margin of five points or less, and both teams will have to be at their best if they hope to emerge triumphant.

“This match, played between two of the country’s top school teams, is always a thrilling contest, and we expect nothing less once again at the Paarl Interschools,” says Justus Fourie, Regional CFO: Digicall Group.

“They won’t have it easy, but we are proud to be backing Paarl Boys’ High School, and we know the boys will give it their best while representing their school in what is a very important match for them and for us.

“We have enjoyed a successful partnership with Paarl Boys’ High since 2019, and we hope our ongoing support will assist them in achieving their goals and laying the foundations for long-term success, both as individuals and as a team.”

The Paarl Interschools match, which is expected to attract over 25 000 spectators at the event and over 500 000 viewers watching at home, will be broadcast live and streamed on SuperSport Schools.